I have to admit, I’ve been in an artistic slump for a week or two.

Overwhelmed by everything that has been going on, a few failed projects and blah.  I tried carving a woodblock but I’ve got a really sore finger and the carving wasn’t helping it.  I’m stitching a project but it’s a new pattern and it’s a bit wonky so I seem to be pulling out more stitches than I’m putting in.  I’m printing tea towels to take in to has and my ink smeared on three towels.  Three.  Considering I’m only making about $3 a towel to begin with, this really doesn’t make it worth my while. 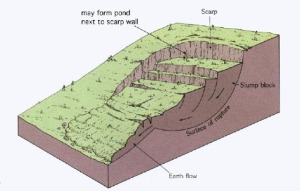 Did you know that a slump is actually a geomorphology term?  It’s true.  One of my favorite landforms.  I studied them at University.  In urban areas they can be caused by overwatering on sloping land.  In Astoria a treed area slid about a mile downhill in the middle of town.

Here’s a link for more info.

Maybe I’ll quit art and do my Master’s in geomorphology.  Cause, you know, there can never be too  many geomophologists.

Luckily for me, I’m doing the summer quarter of printmaking class so that’s a good thing.  I’ve two plates ready to take in and print up so we’ll see what happens. 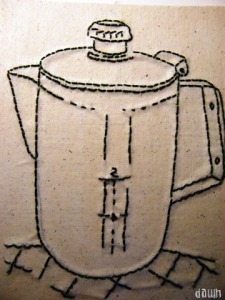 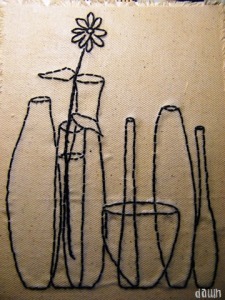